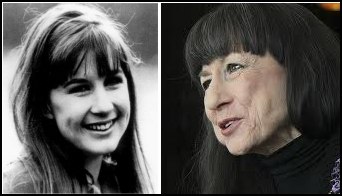 Several months ago, I got a renewed interest in the music group The Seekers.  I was converting some LP records to CD’s and owned two of their albums from back in the ‘60’s.  They were, and still are, a group based in Australia, with memorable hits for my generation like Georgie Girl, I’ll Never Find Another You, A World of our Own, and the haunting The Carnival is Over.  They were probably the last of successful folk-based groups, and managed to bump both the Stones and the Beatles off the charts in the days when those groups were expected to be on top.

The Seekers story is interesting.  They left Australia to try for success in Britain—booked as entertainment on a cruise ship to cover transportation costs.  Shortly after their arrival, their popularity took off.  Much of their sound came from the wonderful voice of Judith Durham—she was very much the “Seekers sound”.  But Judith had issues of her own, particularly ones of poor self-esteem and lack of confidence.  Despite appearing in the dreams of most young men at the time, she thought she was overweight and unattractive, and despite later being described by Elton John (he once played piano for them) as possessing “one of the purest voices in popular music”, she wasn’t even confident in that ability.  She decided to leave the group at the peak of their success to pursue a singing career of her own.  She did have that, mainly singing jazz in America with her husband pianist Ron Edgeworth.  The remaining Seekers had an assortment of replacements for her through the years, none of which was a Judith Durham.

In the early 1990’s, Judith approached the Seekers to reunite.  Then, in 1994, Ron Edgeworth died tragically of motor neuron disease.  The Seekers have since released several recordings, and made scattered appearances at sold out concerts.

They are just about to release two new studio albums, in commemoration of fifty years since the group formed.  They have a “sampler” of the content on Youtube, with video of them performing “then and now”.

I have to confess that looking at the video scares me.

They’re old!  Judith is 69, the three men, Athol Guy, Keith Potger, and Bruce Woodley are all into their 70’s.  And despite the joy with which Judith still sings, none of them have the voices they once had.

I know your easy response to my meanness in pointing out their age (and certainly for showing Judith’s Then and Now photos), and obviously—that’s what scares me!  Judith is only three years older than I am!

We baby-boomers live in an unusual time.  When we moved into our teen years, televisions were just appearing.  We had the ability, not shared by generations before us, of seeing our celebrities there on the tube, even if it was snowy black and white for a while.  We watched singers like Elvis, the Beatles, the Stones, and, of course, Judith and the Seekers appear on shows like Ed Sullivan, and then we followed them through the years.  Some became popular, then peaked and faded.  Some, like the Seekers, disappeared off the radar for a time, sometimes a very long time.  We watched movies that featured stars that either have died by this time, or are looking elderly and walking around with pants belted under their armpits like Clint Eastwood.

Some stars return, particularly singers, rarely in renewed careers, but occasionally on PBS specials aimed at Boomer donations (I call it “whining for the bucks”).  Sometimes they appear in touring performances that attempt to make money off a career only recalled by those over fifty.  They frequently cannot sing as they once could, and, most frightening, time has taken its toll on their appearances.

A year ago my wife and I saw Glen Campbell in his “Farewell Concert” appearance in Moncton.  It was a short performance, probably fifty minutes, in which he had a few stumbles (and once left the stage thinking the show was over), but it was appreciated by his fans, most of whom looked our age.  Glen has Alzheimer’s, but was setting off on a world-wide final trip before he lost his abilities completely.  Glen is 76.

As you age, the face in the mirror can be troubling.  Photographs can be puzzling—how did my father get in that group?  We look out at the world through the same eyes we always did.  There is a feeling that things are the same behind the eyes, but they are not.  If we want that reinforced, we have only to take a close look at Keith Richards of the Stones… admittedly the look of having recently been run over by a dump truck might be significantly influenced by a time of drinking and drugs, but much of it, more unfortunately for us than him—is age.

I suspect the generations before the Boomers aged with less knowledge of their–dare we say it—deterioration.  They didn’t have this constant reminder in the faces of those celebrities journeying beside them.  And the generations after Boomers?  They probably take less notice.  After all, they are immortal at this stage—or at least think such—and the most common reflection of their faces is in the screens of their iPhones, so they perhaps play less attention.  Most of their “stars” seem more prone to crash and burn rather than have lengthy careers where their aging becomes obvious.

Forget the iPhones and the Wii, the tablets and the touchscreens, the eReaders!  Where’s that Time Machine you and H.G. promised us?  Well overdue.

Judith and the gang need it.

(Had to change the link to an interview session with the Seekers, as we became restricted from the original video because (apparently) we are in Canada.. changed March/13)